• In a medium bowl, whisk together the flour, baking powder and salt until they’re evenly distributed.

• Place the room temperature butter and the granulated sugar in a large bowl and use an electric mixer with the whisk attachment to beat them for 2 minutes, scraping the edge of the bowl halfway through.

• Add in the oil and beat for another 1-2 minutes, until it’s pale and fluffy.

• Add the egg whites, 1-2 at a time, beating on medium speed between each addition, until each egg is fully incorporated and the batter is fluffy.

• Add the sour cream and vanilla extract and beat just until they’re combined.

• Spread the cake batter in the prepared cake pan and bake for 40 minutes.

• When the cake is fully baked it will release itself from the edge of the pan and it will spring back if you press on the center of it.

• Allow the cake to cool completely before frosting.

• Wash, hull and dice your strawberries to about the size of a blueberry.

• Toss the strawberries with the granulated sugar and lemon juice/zest, if using.

• Let the mixture rest for at least an hour, stirring every 20 minutes or so to make sure the sugar dissolves.

• Place the butter and cream cheese in a large bowl and use an electric mixer to beat them at full speed for 2-3 minutes, scraping the edge of the bowl every so often.

• Scrape the edge of the bowl and turn the mixer up to medium-high speed and beat for 1 minute, just until it’s smooth.

• Frost the cooled cake and top with strawberry topping. 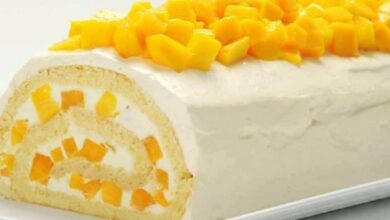 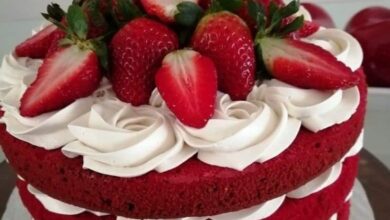 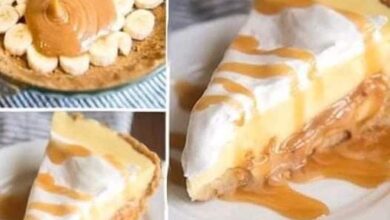 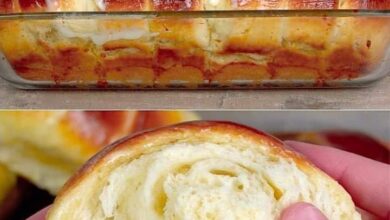